Found an interesting paragraph in the book “Battle of Britain” by Norman Franks today, detailing September 30th 1940 and 229 Squadron when Malcolm was killed:

The final fury of September came on the final day of the month when Me 109s flew sweeps toward London in the morning. No 229 Squadron suffered badly, losing four Hurricanes and four damaged in fights with Me 109s, with one pilot killed and three others wounded. This raid was followed by Me 109s and Me 110s attacking the Weymouth area and then after lunch Ju 88s and Me 109s again made for London. The final raid consisted of He 111s and Me 110s going for the Westland factory at Yeovil. No 56 Squadron was attacked by me 110s, losing five Hurricanes with two others damaged, but luckily no pilots were lost. No 152 Squadron also tangled with the Me 110s, losing one pilot and aircraft and damaging four Spitfires. However, overall the Germans lost 47 aircraft during the day, to the RAF’s 20. Most of the Luftwaffe’s casualties were Me 109s.

Excerpt from the book “Battle of Britain” by Norman Franks 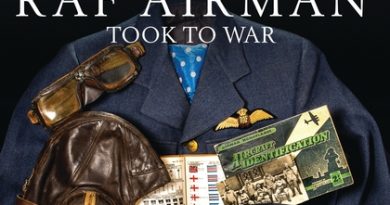 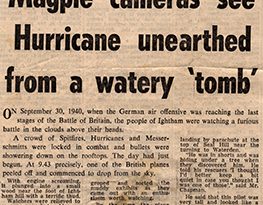