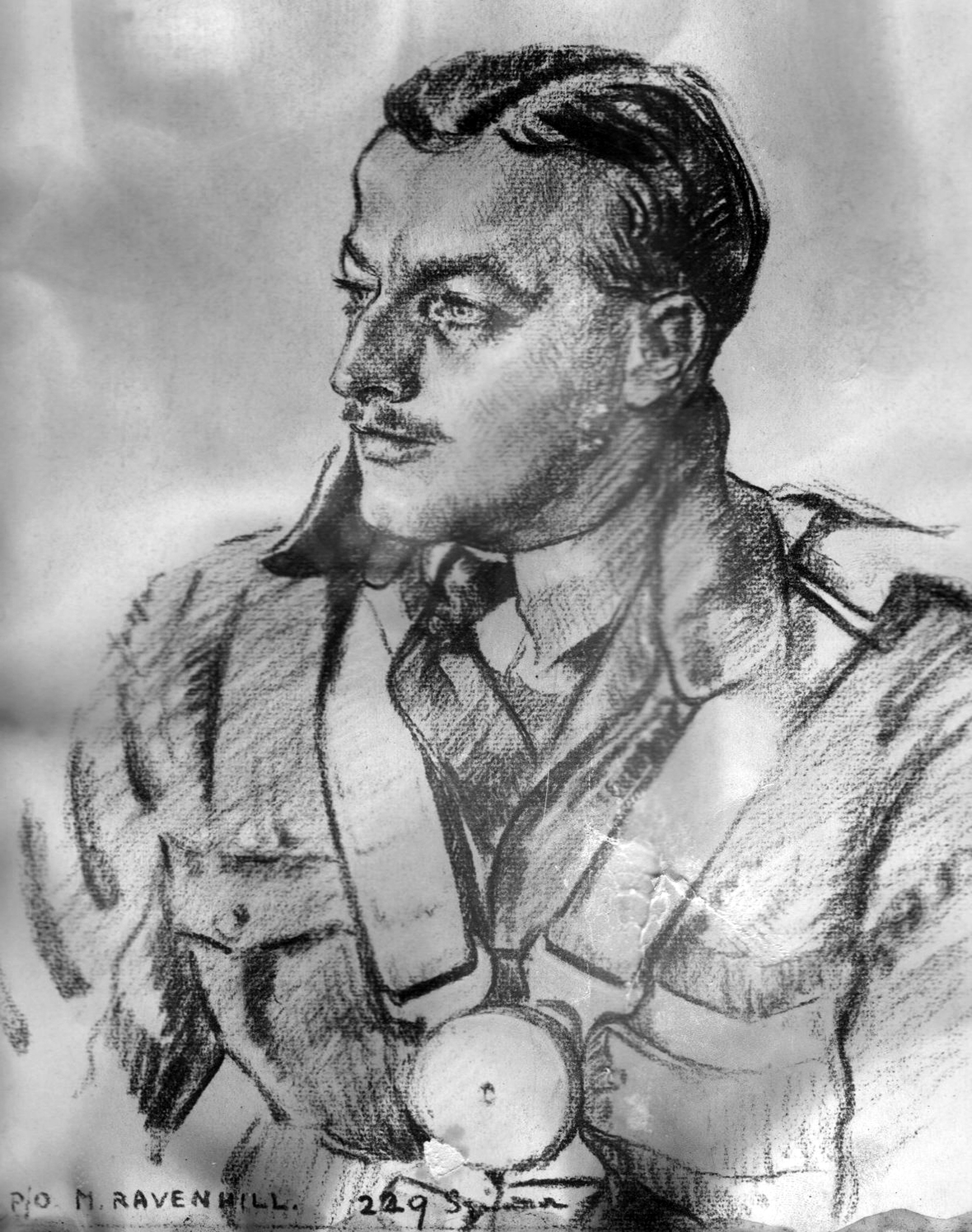 Captain Cuthbert Julian Orde was an artist and First World War pilot. He is best known for his war art, especially his portraits of Allied Battle of Britain pilots.
Malcolm Ravenhill was probably sketched 19th September 1940 during Captain Orde’s visit to Northolt aerodrome.
This was kindly sent to me by Mr Ken Ravenhill on 28th November 1991. The portrait had been located in his local RAFA Branch in Carmarthen, South Wales until May 1991 when the club sadly burnt out. The edges of the portrait are brown and the colour of the paper is yellowed due to the fire. Ken didn’t know how the picture originally got there, but someone may have thought it was a portrait of either himself or his brother – Ken flew Blenheim’s before, during and after the Battle of Britain. His brother was a Spitfire pilot. I am indebted to Ken and his family for their generosity.
I have since learnt that a second (original?) copy exists at the RAF Museum, Hendon (for private viewing). Apparently Cuthbert Orde always did two copies of his RAF portraits. 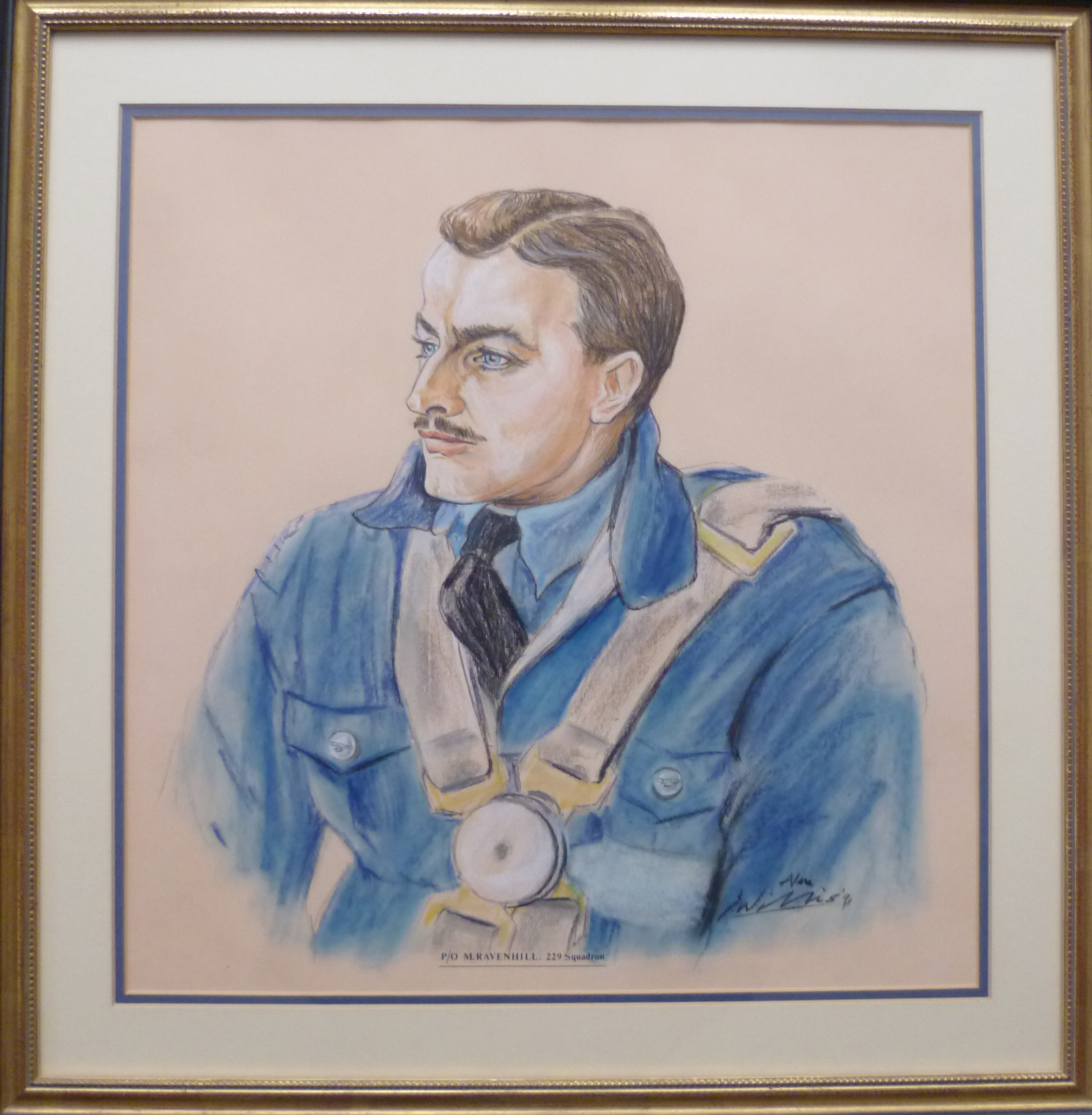 In 1991 I was given this gift by my parents. They had commissioned a local artist to reproduce Malcolm’s Cuthbert Orde sketch in colour. This, together with the original Orde sketch, has been proudly displayed in my home. Today I donated the picture to the Shoreham Aircraft Museum as a small thank you for the wonderful work they are doing with the memorials project. I can’t wait for Malcolm’s memorial. 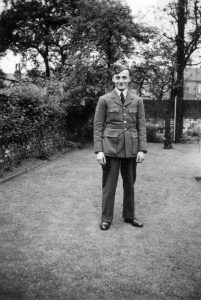 Photograph probably taken in the Ravenhill family back garden – Norfolk Road, Sheffield. At the time of the photograph Malcolm would have been 25 years old, taken during his posting whilst at 4 Flying Training School.
‘Malcolm June 1938’ is written on the back of the photograph. 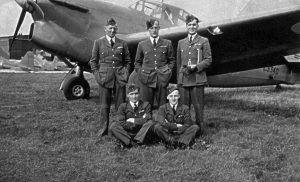 Malcolm is sitting down at the front on the right-hand side of the photograph.
On the back of the photograph the words “B” Flight, No. 1 A.O.S., North Cotes, 2/9/39 are written in Malcolm’s handwriting.
The aircraft in the background appears to be a ‘Hawker Henley’. 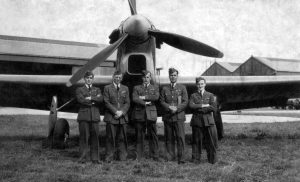 Malcolm is on the right-hand side of the photograph.
On the back of the photograph the words “B” Flight are written in Malcolm’s handwriting. Date of photograph not recorded, but probably taken 2nd September 1939, as above.
The aircraft in the background appears to be a ‘Hawker Henley’. 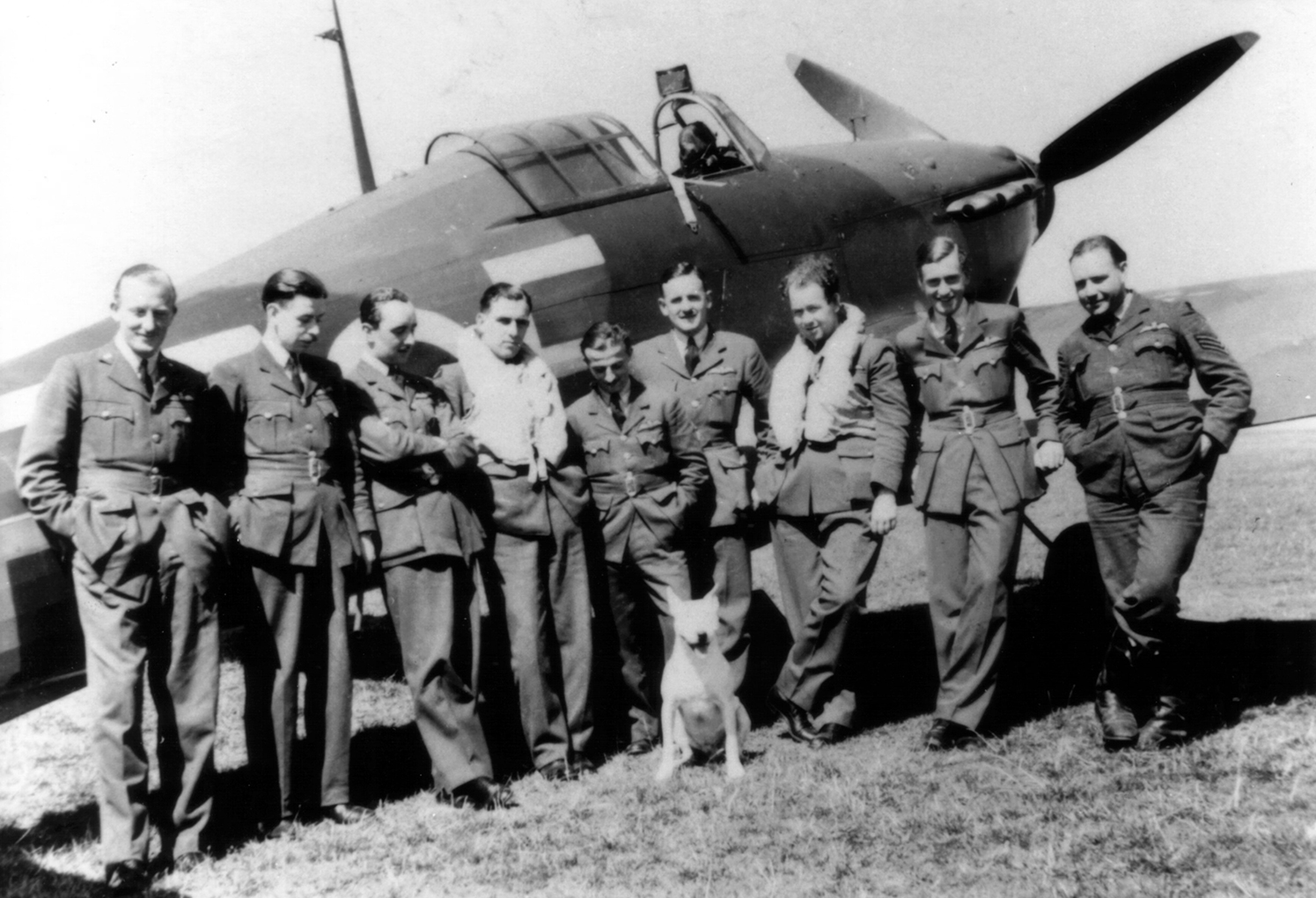 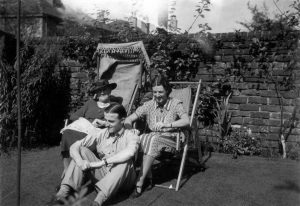 Photograph probably taken in the Ravenhill family back garden – Norfolk Road, Sheffield. The two ladies are likely to be Malcolm’s mother, Henrietta, and his Grandmother, Maria.
On the back of the photograph the words “He loved the garden” are written. 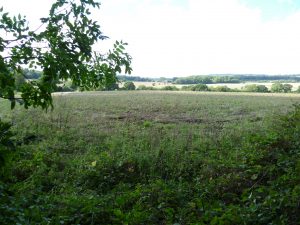 Photo taken 9th September 2018. Many thanks to David Baldwin for taking me to the site in the beautiful village of Ightham, and for detailing the stories from his Grandfather and Mother who were there when Malcolm’s Hurricane (P2815) crashed on September 30th 1940. This could be a potential spot for Malcolm’s Shoreham Aircraft Museum memorial. The next step is to try and track down the land owner to see if permission can be granted. I can imagine the scenery has hardly changed since 1940. Whilst the sun was shining down on us a Spitfire flew directly above our heads. 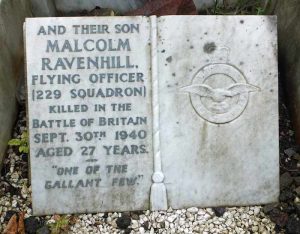 Sadly Malcolm had the distinction as being one of the only Battle of Britain pilots to have an unmarked grave. Thanks to publicity in the Sheffield Star newspaper in 1980 some local men paid for a new grave marker, and for the whole grave to be cleaned. At the time it wasn’t known that my Father was next of kin. Click here for more information. 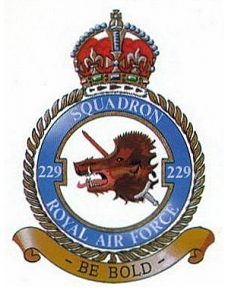 Squadron Badge: A boar’s head erased, pierced by a sword.
Squadron Motto: “Be Bold”.
Meaning: The badge indicates triumph over a powerful and ferocious enemy.

Vist the 229 Squadron page to find out more about their history.